Building a Digital Twin within the ArcGIS Platform – Part II

In the second of our blogs on Building a Digital Twin within the ArcGIS Platform, Ben Holmes documents the execution and results of the drone survey performed at our Leeds office. Missed the first part of the series? Check out Part 1 first.

I used Pix4Dcapture for planning the flight of a Mavic 2 Pro drone over our Leeds building, which is part of Elmete Hall, and its grounds. 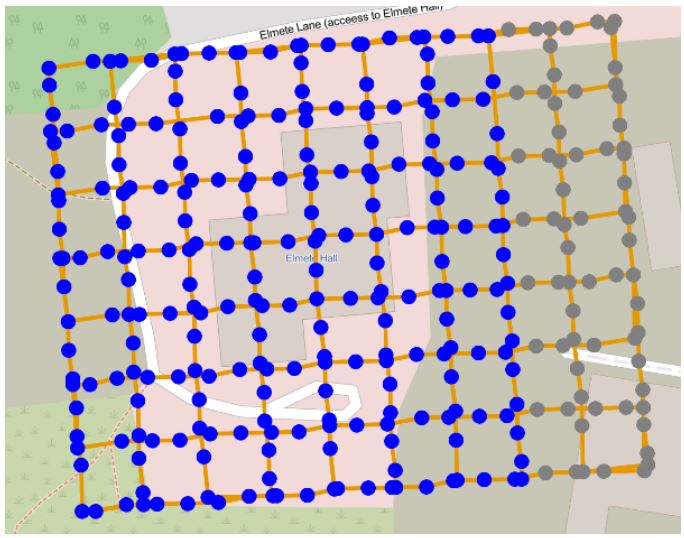 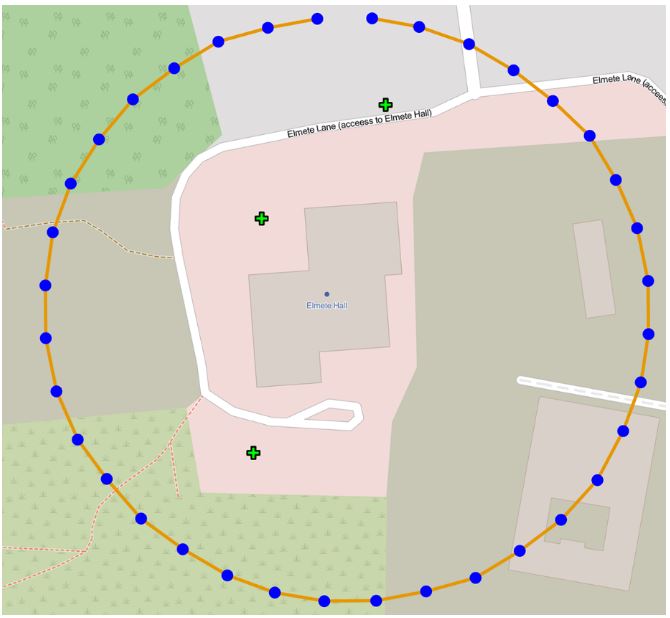 I used Esri’s Drone2Map for ArcGIS, version 2.1, for processing the data, selecting the 3D Mapping project template. I created 2 projects – one for the double grid flight and one for the circular flight. For the samples seen here, the processing was done using the rapid setting for the Initial processing,  meaning that the drone photos were processed at ¼ resolution; the rest of the settings were left as  their default for the 3D Mapping template. For more on the processing options, see the Esri documentation, here. 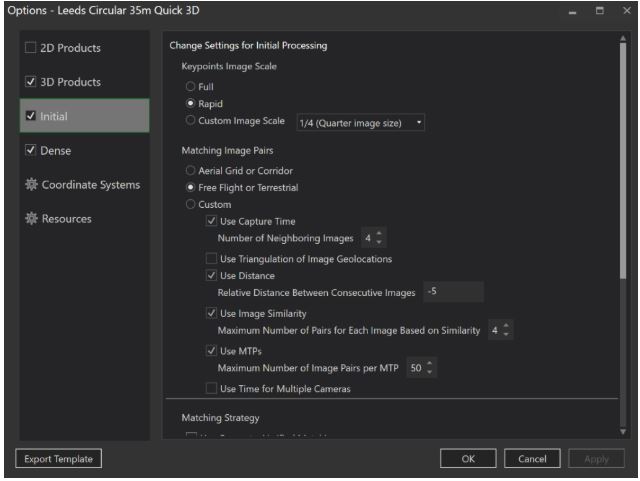 We had printed out and laminated some GCP markers, which we’d distributed evenly around the grounds of the office. We collected accurate locations for the centre points of the markers using a Leica GS07 (using NUTM30 on the WGS84 datum, EPSG code 32630). These GCPs were turned into a feature class which I loaded into the Drone2Map project – I then identified the location of each GCP on at least 4 photos.

The output products we decided to create were: 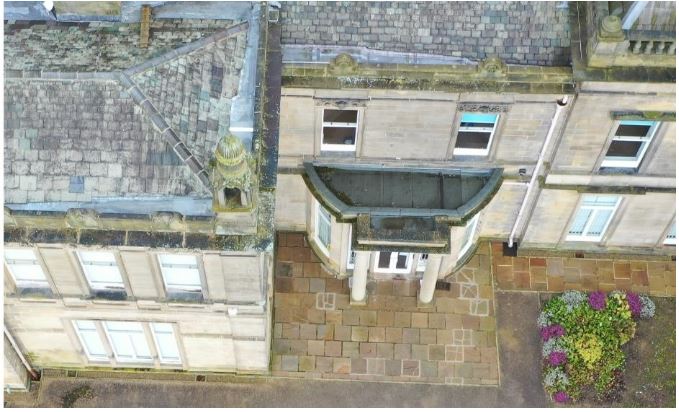 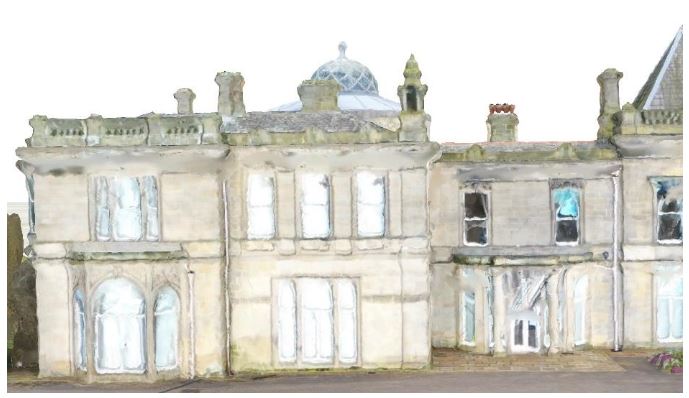 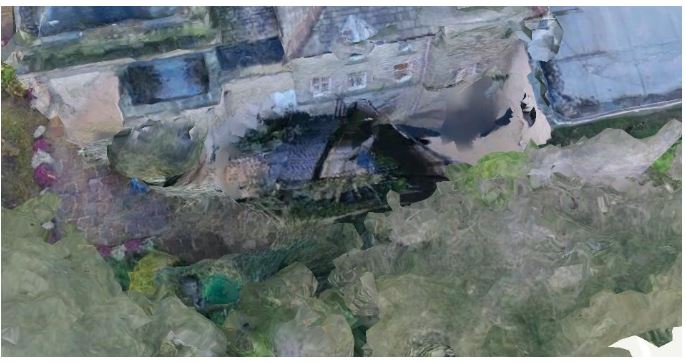 ArcGIS Online
We shared the mesh data to ArcGIS Online directly from Drone2Map, so that we could easily access it across the other apps in the ArcGIS Platform.

ArcGIS Pro
We exported the data for use in ArcGIS Pro, where we created some multi-patch features showing the footprints of our part of the building. We also developed an ArcGIS Pro tool to create 3D labels, and then shared these and the footprints with ArcGIS Online, creating a scene which we then published via this Web Application Builder app (feel free to try it out for yourself!) 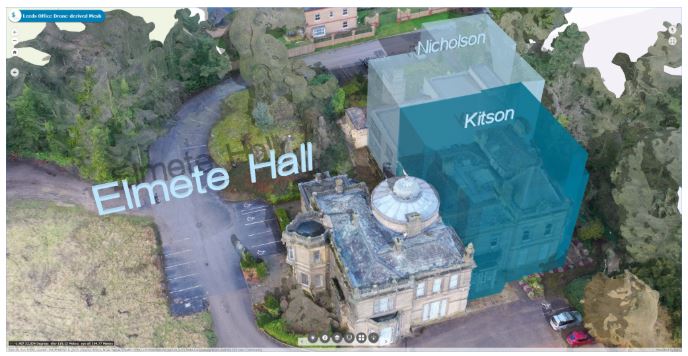 With the advent of easy-to-fly drones and software such as Drone2Map, it’s relatively easy to survey and then continuously monitor assets and infrastructure.

The flight times of the surveys in this demonstration varied from 5 to 15 minutes. This means it is possible to iteratively fly a survey and then QC the data via a rapid low resolution process on a laptop, on site.

If the result is not up to expectations, the flight plan can easily be adjusted and further data quickly captured.

That’s it for the drone survey process and results of our Digital Twin project – check out the next blog in this series to learn about our laser scanning: