The people of Sierra Leone are as resilient as they are welcoming. Although the country has experienced its fair share of adversity in recent years and months; this has not stopped the people looking at the future with optimism.

Now, the nation’s energy potential is back in the news and the country’s oil and gas experts are working within an international partnership to publicise the opportunities that exist in this beautiful West African country.

The Sierra Leone Petroleum Directorate (PDSL) recently announced the opening of their newly created ‘Data Room.’ The news attracted remarkable interest in the petroleum and wider communities with even a tour of the data room given to Ambassador John Hoover, the former US Ambassador to Sierra Leone earlier this year. 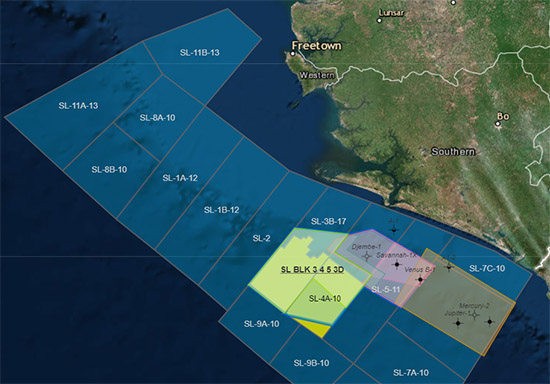 During his visit, Ambassador Hoover learnt how the Data Room will be an invaluable resource for future investors and explorers as they work to recover the country’s undoubted resources. Following the briefing, Ambassador Hoover told the assembled audience that he would convey the message that Sierra Leone is open for business to the world’s investors and oil and gas companies.

The PDSL took an important step during 2017 by taking ownership of its 3D seismic datasets which were previously available through a seismic contractor. Subsequently the PDSL partnered with the Getech Group and their government advisory subsidiary ERCL to ensure that all the exploration datasets that are available through the Data Room provide the maximum amount of information and value.

The datasets include never before available PSDM seismic and well data from the exploration phase during 2009 to 2013, which are all available to license from the PDSL.

Principal Geoscientist for ERCL and PDSL Liaison Manager John Clark commented on the recent developments in Sierra Leone with respect to the oil and gas industry: “Sierra Leone is an incredible country with a rich past and bright future. The natural wealth of Sierra Leone is well documented in areas such as diamonds and bauxite, but there is undoubtedly significant potential in the petroleum sector. The drilling campaigns between 2009 and 2013 proved a working petroleum system with multiple light oil and condensate accumulations identified. At Getech Group we are proud to be working in partnership with the Petroleum Directorate to make this undoubted potential a reality”.