Getech, providers of natural resources exploration data and information expertise, is pleased to announce the presentation of a poster focussed on the ‘Structure, Tectonics and Petroleum Systems Offshore Newfoundland’ at the upcoming AAPG Annual Convention and Exhibition (ACE), held in Salt Lake City between 20th and 23rd May 2018.

Our model allows the study of the European and Canadian margins alongside each other, enabling direct comparisons to be made between basins that were both direct conjugates and those that were laterally continuous as rifts propagated.

Prior to rifting in the Cretaceous, the Grand Banks (offshore Newfoundland) were part of Pangaea and situated at the intersection of what are now the North American, Iberian and Eurasian Plates.

For this paper, we present a revised structural and tectonic model for the North America-Iberia-Eurasia rift system that includes:

Understanding the regional structural and tectonic evolution allows us to use established petroleum systems as analogues for frontier basins. 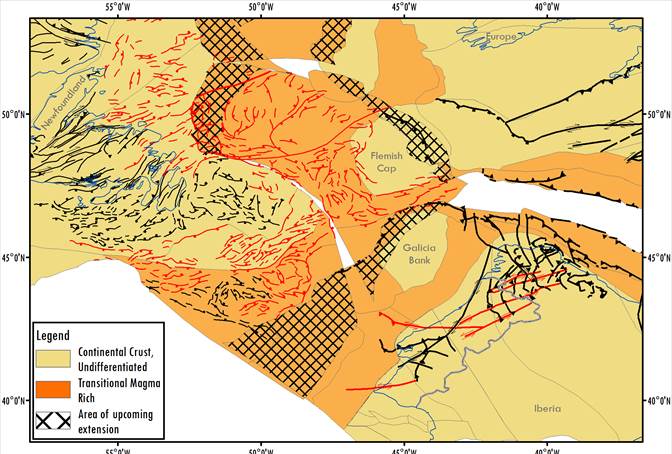