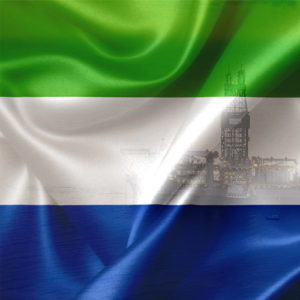 In a public ceremony at the offices of the Petroleum Directorate in late March of this year, Sierra Leone officials opened six bids for Offshore Petroleum Exploration Concessions, that were received in reply to their Fourth Petroleum Licensing Round.

Director General, Timothy Kabba opened the ceremony by reminding the assembled audience of company representatives, government officials and members of the press, how his organisation had extended the deadline for his country’s latest licensing round, which was opened in January 2018, following extensive industry consultation and due to a turbulent global oil market.

Given today’s lower oil prices, Mr Kabba was delighted to have received the six applications and he told the assembled audience that these were ‘meaningful’ in the development of Sierra Leone’s oil industry.