Momentum is building to scale up green hydrogen production in the Middle East and capitalise on rapidly increasing solar and wind capacity as the potential to support industrial decarbonisation and create a new export economy is better understood.

The UAE’s Ministry of Energy and Infrastructure chose COP26 in Glasgow as the launchpad for its Hydrogen Leadership Roadmap. And earlier this month one of its senior officials said hydrogen will be ‘crucial to decarbonise industries, transportation, and the fossil fuel sector.”

For decades, the vast reserves of oil and gas which Saudi Arabia, Qatar, Kuwait and the UAE possess have driven the Middle East’s growth as a global economic powerhouse. And while the move away from fossil fuels is one of the biggest challenges facing the region if it is to maintain that position, there is little doubt that decisive action on hydrogen is needed.

A lengthy track record of exploration, production and investment in technological expertise in the oil and gas industries is now positioning many of the region’s countries as pathfinders in the transition to more sustainable forms of energy.

While some of the impetus is being fuelled by concerns about long-term demand for oil products there is increasing recognition that increasing the cost effectiveness of renewables can smooth the process of energy transition. Diversification of exports is also essential and supply chains already in place to support existing sectors can be used as a platform to develop competitive advantage in new industries.

There is clear evidence across the region of buy-in to hydrogen’s potential, epitomised by Saudi Arabia’s stated aim of becoming a leading global supplier of hydrogen. Plans are already in motion for a multi-billion dollar production plant in the country’s north western region, with a daily production target of 650 tonnes of green hydrogen, planned to be on stream by 2026. 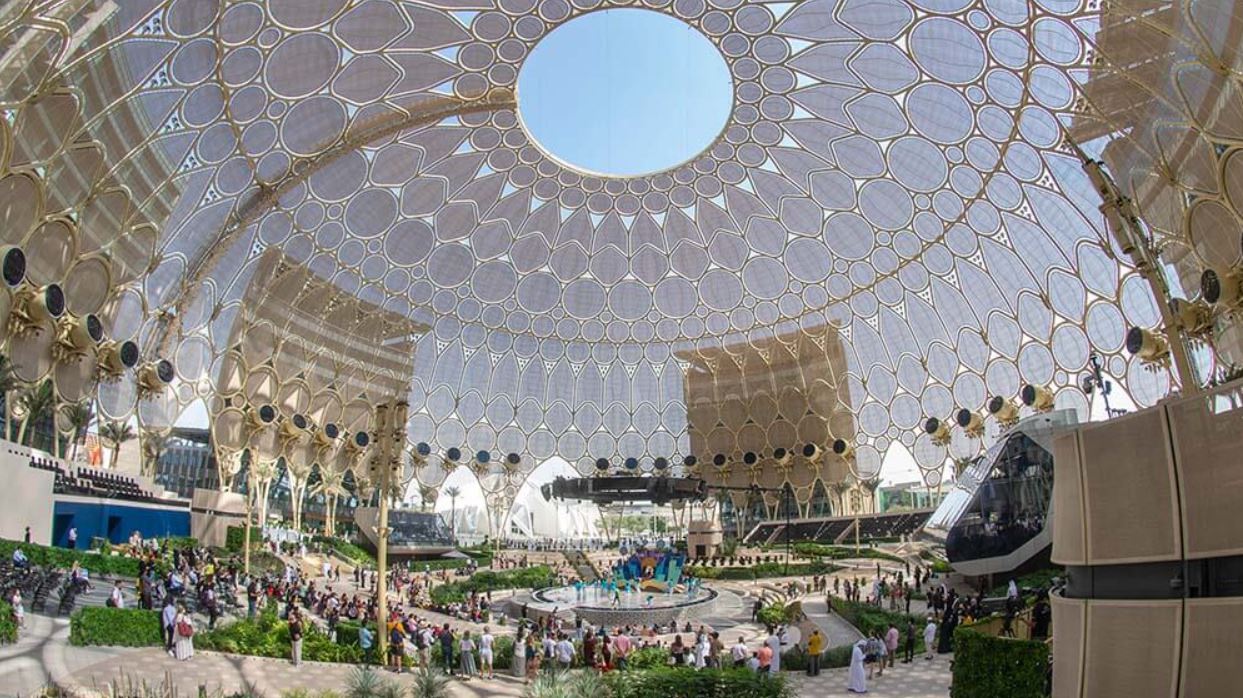 Abundance of natural resources is crucial – the region’s already established solar and wind energy projects and, in particular, the low cost of solar energy, mean it has a strong competitive advantage in being able to produce green hydrogen from readily available renewable energy sources. Hydrogen also addresses the intermittent nature of solar and wind production, so that electricity generation can be matched with demand, with hydrogen’s storage capabilities solving the problem of gaps in supply.

Over the last 10 years, renewables in the Middle East and North Africa have doubled to 40 gigawatts (GW). The $3.9 billion Noor Energy 1 project currently under construction in Dubai, part of the Mohammed Bin Rashid Al Maktoum solar park, will be the world’s largest single-site concentrated solar power plant (CSP), generating 700MW of CSP and 250MW of photovoltaics. The Sudair Solar power plant in Riyadh, the largest of its kind in Saudi Arabia, will boast a total generation capacity of 1.5GW.

In the wind sector, a site in the UAE’s Hajar Mountains has been identified as the ideal location for the UAE’s first wind farm and is expected to have a capacity of 28MW while Saudi Arabia’s 400-megawatt wind farm project, the largest in the Middle East, is currently being developed by a consortium which includes EDF Renewables and Masdar.

While it’s true to say that the industry is still in its early stages, the Middle East is already developing projects which are world beating in terms of the cost per megawatt hour of electricity produced from solar projects.

Added to that is the strategic advantage of the region’s location between Europe and Asia, giving it the ability to service both markets. And, of course, decades of expertise and experience in exporting traditional energy resources means there are already strong routes into the global market for the hydrogen it aims to produce.

The UAE epitomises the ambitious approach with at least seven hydrogen-related projects under way with work having begun on construction of their first hydrogen plant and strategic alliances being formed. But getting the right cost model is crucial to success.

At H2 Green and our parent company Getech, we believe there is a real opportunity to help deliver the vision which the UAE and other countries in the Middle East are showing.

Green hydrogen can be produced wherever you have sufficient supplies of power and water but the challenge comes in doing that cost effectively. We’re already applying Getech’s expertise in geoscience and geospatial analysis to a variety of hydrogen projects in the UK and Europe. But this is a global application and we see the Middle East as an ideal location for extending its use, by adopting a hub approach.

In the UK, we’re building a national network of hydrogen hubs which focus on creating scalable long term clean energy solutions to reduce transport emissions, benefitting the planet and the local economy.

We have recently reached a significant milestone by signing an agreement with Highland Council in Scotland to establish a world class regional hydrogen network across the Highlands. The aim of the partnership is to produce a regional plan for a network of green hydrogen hubs which will place hydrogen production, storage and delivery infrastructure at optimal locations across the region which covers almost one third of Scotland. The first hub, located in Inverness, will have a capacity expected to scale to 8 tonnes of hydrogen per day.

We are also establishing a green hydrogen hub at Shoreham Port in West Sussex for the development of all port-based hydrogen, ammonia, and new onshore wind and solar power generation capacity. As well as the port’s fuel and energy demand, industries operating in and around the port, including gas-fired power generation, timber and steel handling and water treatment projects, are also potential customers for the hub’s hydrogen and renewable power.

The key to these and other projects we’re developing is our ability to optimise production.
By identifying the best locations, we can help to deliver a business model based on the most effective use of renewable energy and from there the most efficient green hydrogen production.

Getech’s geoscience and geospatial expertise are central to helping quantify the best possible locations for generation, storage, and supply to our customers. That, in turn, allows us to drive costs as low as possible, which we can pass along as a lower cost fuel.

Our business is driven towards identifying opportunities which are highly scalable, so that the initial upfront investment is as efficient as possible but projects can be scaled up as demand grows. One of the key challenges will be supporting the Middle East’s transition away from reliance on grey hydrogen to clean green hydrogen, particularly in industrial applications such as, chemicals, cement and iron and steel manufacturing.

Transport is another key area – in 2017, road transport emissions in the UAE amounted to 40.7 million tons of carbon dioxide. There’s a substantial global market emerging for green hydrogen in heavy transport – hydrogen buses are already a common sight on streets around the world and other sectors such as rail and logistics will follow.

What is possibly less well understood about hydrogen is the value of convenience – as the cost of vehicles comes down, the convenience factor will become even more significant as hydrogen requires very little behavioural change from current petrol or diesel refuelling as taking only a matter of minutes – that’s another big advantage for operators of high utilisation vehicles that can’t afford to be idle for long periods of time.

A strategic network approach of green hydrogen hubs will drive costs down to ensure a sustainable model that can secure the green hydrogen prize, helping the Middle East meet net zero and unlock the export potential.

Ian Spencer will present on the green hydrogen opportunity at Dubai Expo on March 23rd.  To sign up for the event visit:  https://www.eventbrite.co.uk/e/scotland-race-to-net-zero-hydrogen-day-tickets-217437650867