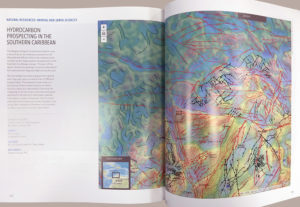 Our Regional Report Online which uses a Story Map to summarise an assessment of the potential effects of the end-member plate models on the hydrocarbon prospectivity of the Southern Caribbean margin, has been included in this year’s Esri Map Book.

The featured part of the Getech Regional Report shows the geologic structure interpreted from gravity and magnetic data across the area. 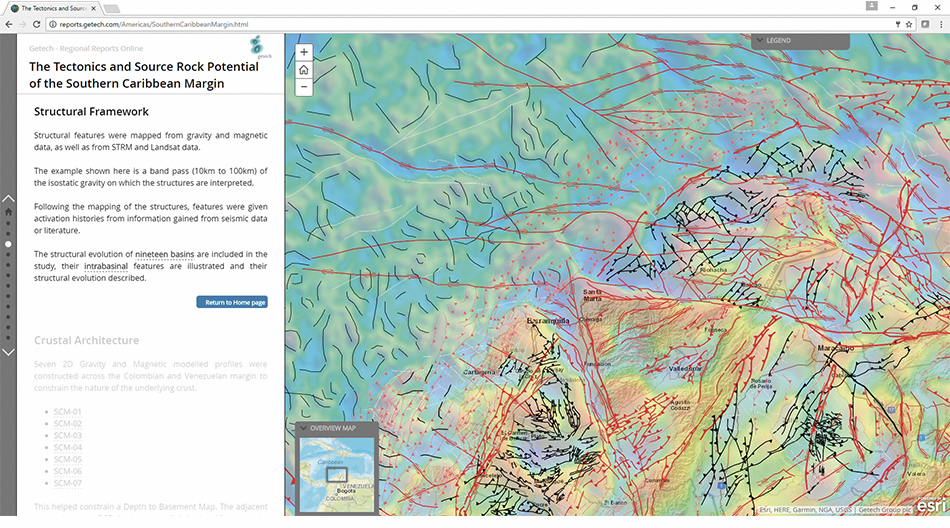