Gemma runs for GB and Getech

Gemma Scougal, Petroleum Geologist at Getech recently represented Team GB Age Group  at the European Duathlon Championships which were held in the small Spanish city of Soria, near Madrid. 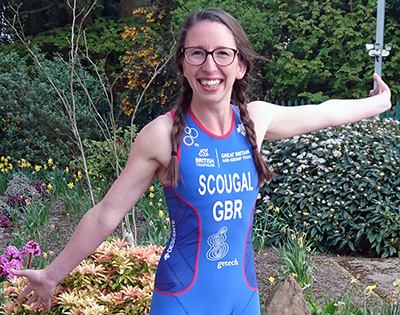 Just getting to the starting line of this race was a triumph for Gemma. During her training for the 2014 event, Gemma was knocked off her bike in the Peak District and suffered a broken collar bone. This put her out of the qualification races she needed to do well in, if she was going to represent Team GB in her age group.

But she wasn’t to be put off so easily. Working hard to get back to fitness, Gemma successfully completed the qualifying races in 2016 and Runner Number 1954 proudly pulled on her Team GB leotard before taking her place on the starting line. 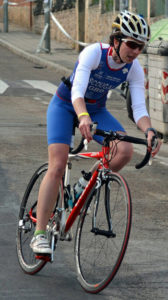 The race was over a Sprint Distance; this meant that Gemma faced a 5km run (she completed it in 22 minutes 6 seconds) followed by a 21km bicycle race (45 minutes 28 seconds) before a 2.5km run (11 minutes 24 seconds) to the finish for an overall time of 1 hour 22 minutes 21 seconds and a very creditable 12 place.

Talking about the race Gemma said; “Usually my strongest part of the race is the last run but today my legs felt heavy and I just didn’t have that kick. That said, I worked hard, maintained my pace and didn’t lose any places. I am delighted to have competed so strongly and I cant wait for next year; Ibiza will be a lot warmer than it was today!”

Getech was pleased to be able to support Gemma with a donation that allowed her to compete. The development of our staff through the pursuit of worthy and charitable activites is something we value as highly as helping to hone their professional skills.

All of the results from the race can be found on the International Triathlon Union website (including the marvellous Maurice Young whose combined time of two hours and seven minutes won the 80-84 years old category!).