Gravity anomalies can be measured from space by gradiometers mounted on satellites, but fundamental physical limitations mean the resulting maps show only very long wavelength features. Sea surface elevation measured by satellite altimeters, however, can be converted to gravity anomalies, enabling a much higher resolution gravity map to be developed for all offshore areas of the World (figure 1). 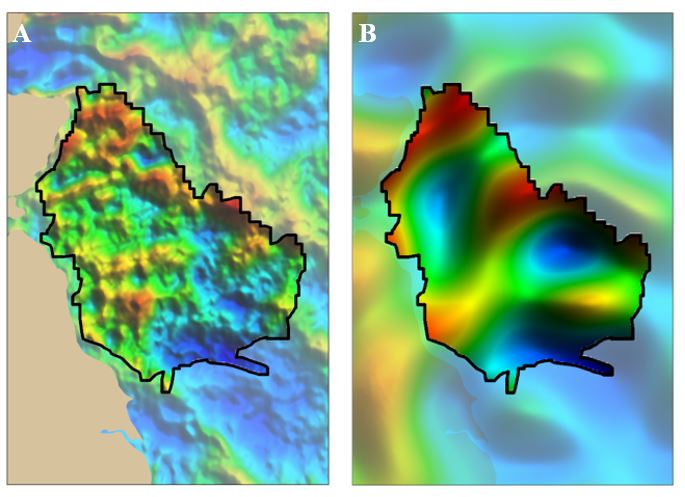 Figure 1. Comparison of gravity data from (A) satellite altimetry measurements and (B) satellite mounted instrument.

Getech has been at the forefront of producing the highest possible resolution gravity data from available satellite altimeter data for over 20 years.

Recently, a team from Getech’s Gravity and Magnetic Solutions team published a paper in the Journal of Geophysical Prospecting (Volume 67, Issue 6) entitled “Satellite gravity – enhancements from new satellites and new altimeter technology” which reviews the history and summarises the latest enhancements to satellite altimeter gravity.  The paper discusses the developments in satellite derived gravity and reviews the impacts of both new satellite altimeter data sets and new technology on its production.

It considers the contribution of the increased data volume, the application of new altimeter acquisition technology and the potential for future developments.

Satellite altimeter derived gravity uses the measurements of the sea-surface which approximates an equipotential surface of the gravity field to produce a grid of sea height variation that can be covered to a grid of gravity variation. This method has provided gravity maps of the World’s seas since the 1980s, but, from 1995 to 2010, virtually all improvements were in the processing as there were no new satellite data with closely spaced tracks. 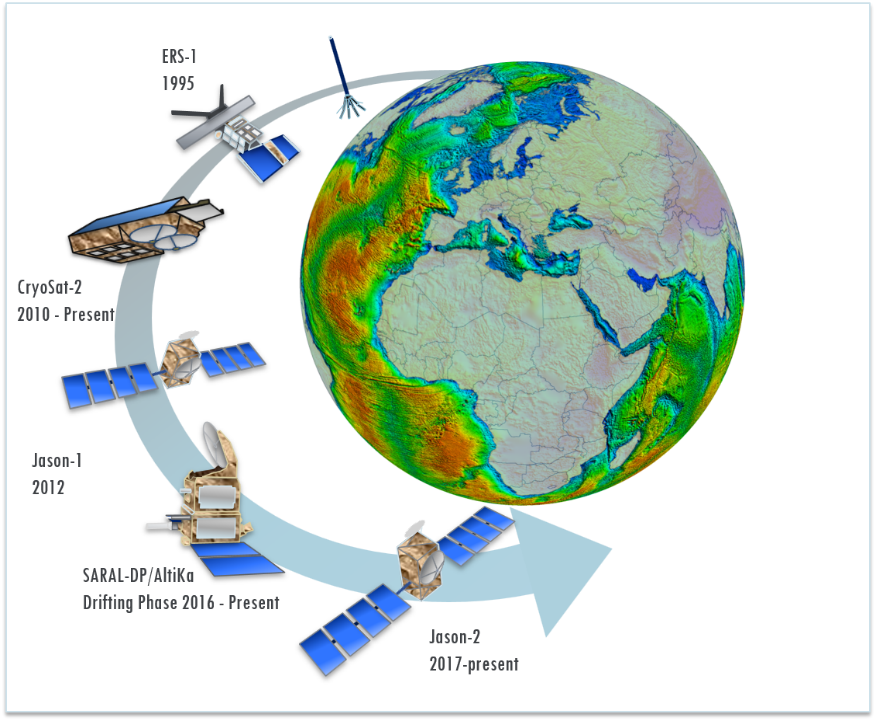 In recent years, new data from CryoSat-2 (launched in 2010) and the geodetic mission of Jason-1 (2012-2013) have provided a wealth of additional coverage.  In addition, new technology such as different altimeter modes enables further improvements.

The Synthetic Aperture Radar (SAR) mode of CryoSat-2 uses a scanning approach to limit the size of the altimeter sea surface footprint in the along-track direction.  Tests indicate that this allows reliable data to be acquired closer to coastlines.  The SAR interferometric (SARIn) mode of CryoSat-2 uses two altimeters to locate sea surface reflection points laterally away from the satellite track.  In a study to generate gravity for freshwater lakes, this mode is found to be valuable in extending the available satellite coverage.

The paper also discusses the differences between marine data (a) and satellite derived altimetry data (b). It is demonstrated that the resolution of the latest generations of satellite derived altimeter gravity data is reaching that of 2D marine surveys but has the advantage of covering the entire ocean at a consistent high resolution which is not possible for marine surveys alone. 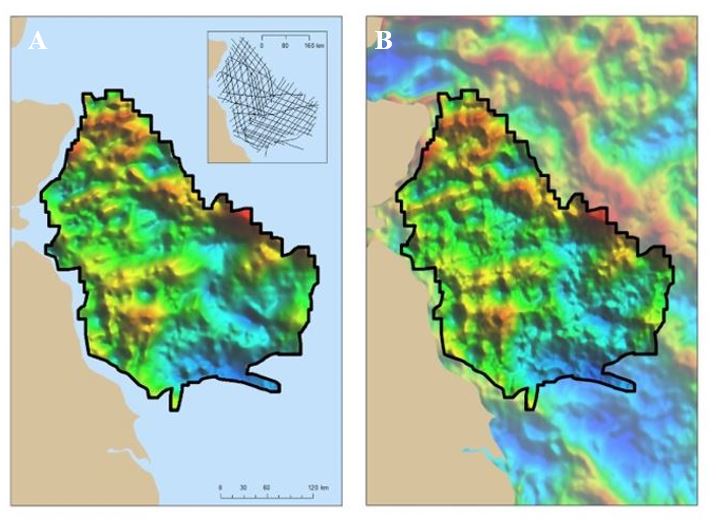 Figure 3. Comparison of gravity data from (A) shipborne marine survey and (B) satellite altimetry data. Shipborne data is from a 2016 survey published by OGA. Satellite data is from Getech’s Multi-Sat product.

In recent months further improvements have been shown by the inclusion of both the new Geodetic mode AltiKa data and the Jason-2 data. A recent feasibility study carried out by Getech has shown that significant coherent shorter wavelength features can be resolved with increased statistical correlation with independent terrestrial data. We aim to expand this initial geographically limited study to produce a full global Multi-Sat product for 2020.

To learn more about how our leading gravity data can help your projects, please contact our Gravity and Magnetic Solutions team at gravmag@getech.com